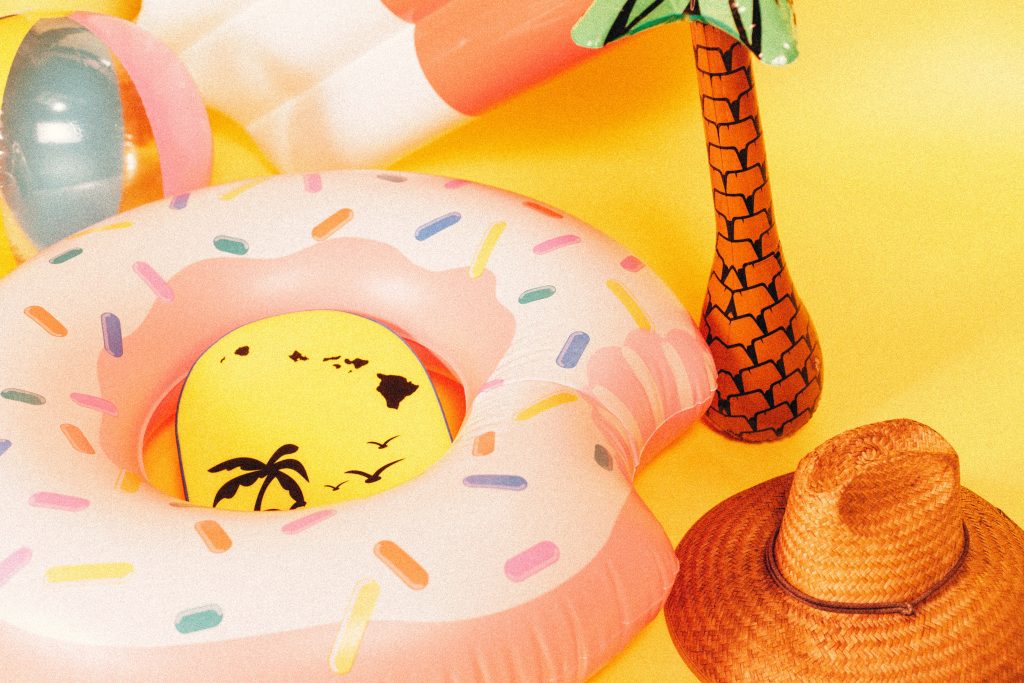 If you want to make sure your day at the beach is just that — a day at the beach and not a trip to the emergency room, you’ll want to start with a good eye for warning signs of common summer bummers, including heat stroke, bee and wasp stings, and other health woes that occur more often during this season.

That’s why WebMD put together a guide on how to avoid many common heat- and sun-related catastrophes. We talked to an emergency medicine expert, a pediatrician, a skin cancer expert, and a toxicologist to make sure we didn’t miss a thing. Here’s what we found out:

“Heat stroke is a big problem for workers who are overdoing it on the job and can’t say, ‘I have to cool down and take a break,'” says Sue Leahy, president of the American Safety and Health Institute in New Paltz, N.Y. Older people, too, are susceptible, especially in a hot apartment with no air conditioning.

Stay ultra-hydrated to avoid heat stroke, she says. “Water is OK, but Gatorade and PowerAde with electrolytes are far better because they help replace salt and retain fluid,” she says.

Knowing the warning signs is also key to staving off serious trouble, she says. “The first sign is cramping in the legs, and if that occurs, cool off and drink fluid until it goes away because if you don’t, it can progress to heat exhaustion and then heat stroke,” Leahy cautions. “Cramping — especially a cramp in the leg — is a sign that the body is losing salt and electrolytes, and you really ought to heed it,” Leahy tells WebMD. “Cramping and light sweating gives way to more profuse, heavier sweating, feeling lightheaded and maybe a little nauseous, and then you hit heat stroke, your body stops sweating, and can no longer cool itself,” she says.

Another peril of heat stroke is that as the body gets hotter and hotter, your blood gets thick and sludgy and makes you more likely to have a stroke, she says.

Some of the signs of heat stroke include:

“Let the body cool down naturally in early stages of heat exhaustion, but if you miss the signs and it progresses, put ice packs on the groin, armpits and neck where blood flows close to the surface,” she says.

Rules to Live By

“When you are sweating too much, it’s time to come out of the sun,” she says. I wouldn’t do anything in the hot sun for longer than 15 or 20 minutes at a clip because the body can lose a significant amount of water content from sweating — setting you up for heat stroke.”

It’s not just heat that makes summer fun problematic, she says. “Cold is big problem when kids are out swimming and have been in the water so long that their lips are blue, they are shivering, and their body temperature has dropped.” Make them warm back up to 98.6 before they go back in, no matter how much they plead. “All kids want to do is have fun, so a parent has to be a parental and make sure that they warm up.”

Children pose a special challenge during the summer, says Denise Salerno, MD, an associate professor of pediatrics at Temple University in Philadelphia.

No matter what the potential peril is, “the key is being prepared. Travel with a little first aid kit and make sure you have it where it’s readily available to save trips to the ER,” she says.

“The biggest warning that a kid is getting overheated is if they are complaining and have started to sweat,” she says. Remember that “if it gets to an extreme, they don’t sweat. If a child complains of lightheadedness, take them out of the game.”

To nip heat stroke in the bud, “take them into a cool place and make sure they are hydrated with water or a sports drink.”

With kids around water, you always worry about drowning. “Never leave kids unattended around any water, and make sure there’s adult supervision from an adult who knows how to swim,” Salerno says.

Most of us probably recall being told that you can drown if you go into the water too soon after eating. The truth is that “when you are digesting food, there’s less blood flow in your body and this takes away from strength, so if you had to really use your strength for undertow, you may have a problem,” Leahy says. The best bet is to wait a half an hour after you eat before getting back in the water.

What’s a summer without a barbecue? To make sure that your meal goes off without an emergency trip to the restroom or the ER, make sure that mayonnaise and salads with mayonnaise stay out of the sun. “If these food items are brought from refrigerator directly to table, help yourself, but don’t let them sit out more than 15 minutes in the hot sun,” Leahy says. “Hamburgers should be cooked thoroughly and not be pink inside.”

Where the Wild Things Are

“An ounce of prevention is really important when it comes to avoiding bug bites this summer,” says toxicologist Stephen Pennisi, PhD, a.k.a. “Dr. Itch” and director of the Lanacane Itch Information Center in White Plains, N.Y.

“We work very hard during the day and want to enjoy our time off, and there is nothing worse then having to stop in the middle of a beach barbecue and take someone to the ER,” he says.

Bees and wasps offer the greatest chance of acute reactions that can be serious, he says.

“Many people already know that they are highly allergic to the venom in bee and wasp stings and are prepared with an EpiPen to avoid having to rush off to the ER,” he says. An EpiPen injects epinephrine to prevent a severe allergic reaction. Signs of a severe, life-threatening reaction include dizziness due to a drop in blood pressure and an inability to breathe from swelling in the nose and throat.

But people who don’t know yet that they are allergic can have a problem when they get stung. Here’s how you know: Hives develop very quickly if you are allergic. “When bees or wasps sting, they go deep, and the venom gets into lungs and then the heart pumps more quickly, and within a minute, you will start feeling something, and within minutes, you will definitely know that you are having a reaction,” Pennisi says.

People who are not allergic may only get a reaction where the sting took place, he says.

But any reaction can be made worse by multiple stings. “The greatest chance of multi-stings from bees, wasps, or hornets is when you approach their nest or hive,” Pennisi says.

If this happens, “run like hell” to minimize number of bites, he advises.

Make sure to get the stinger out quickly. Use a credit card or a blunt-edge object to try to scrape out the stinger. “If something like a credit card is not available, use your fingers because it’s better then leaving it in and allowing more venom to be pumped in to your bloodstream,” he says.

Also, put ice on the sting to reduce the swelling that may occur later, he says. “This will also minimize any discomfort.”

Also keep the area clean as possible. A topical anesthetic is also helpful to stave off itch and pain that can accompany a bite or sting. 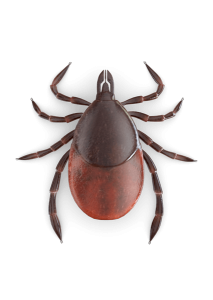 To prevent tick bites, “wear appropriate clothing when you go out — including light-colored clothing on legs, so you can spot any ticks quickly,” Pennisi says. Insect repellant is also helpful. Apply a repellent containing DEET to clothes and exposed skin, and apply permethrin (which kills ticks on contact) to clothes.

“If you do find a tick on your skin, remember that it’s more of a concern when they burrow into the skin and go deep enough to reach blood vessels and draw blood,” he says.

Lyme disease is caused by the bite of a tick infected with the bacteria that cause the disease. A few days to weeks after the tick bite, a “bull’s-eye” rash may appear with fever, headache, and muscle or joint pain, or a flu-like illness. It is most common during the late spring and summer months in the U.S. and occurs mostly in the northeastern and upper Midwest states.

You may want to keep the tick to show it to your doctor, since certain ticks are more likely to carry the bacteria that causes Lyme disease, Pennisi says.

With acute sun exposure, if there are not blisters or peeling and a person is just kind of red, a good lubricating lotion will make them feel better and less irritated, but blisters may require medical attention, Lai says.

If you have had a lot of cumulative sun damage, the warning signs are wrinkles, a leathery thickness of skin, and pigmented lesions. “If you start developing irregular moles that look funny or get bigger and become more speckled and spotted, these are warnings signs of melanoma,” a potentially fatal form of skin cancer, Lai says.

Other types of skin cancers may distinguish themselves by scaliness, or they may get irritated and not heal, she explains.

If you are fair skinned with a lot of sun exposure and if you have a family history of melanoma, it’s a good idea to see a dermatologist and have your moles evaluated and to do regular skin self-exams, Lai suggests.

If any moles demonstrate “ABCD,” you should see your doctor immediately.

To make sure you stay safe, “use sun blockers with a sun protection factor of 15 or higher, and it should be reapplied on a regular basis,” Lai says.